Upon launch of any 1.16.4 version with Forge installed, using native or Intel LWJGL, a GLFW error causes the game to crash:

Some say they have fixed this error using the argument -Dfml.earlyprogresswindow=false, but for me and several others, adding the argument just causes the GLFW error to display in a popup window, and the error in the log is mostly the same: 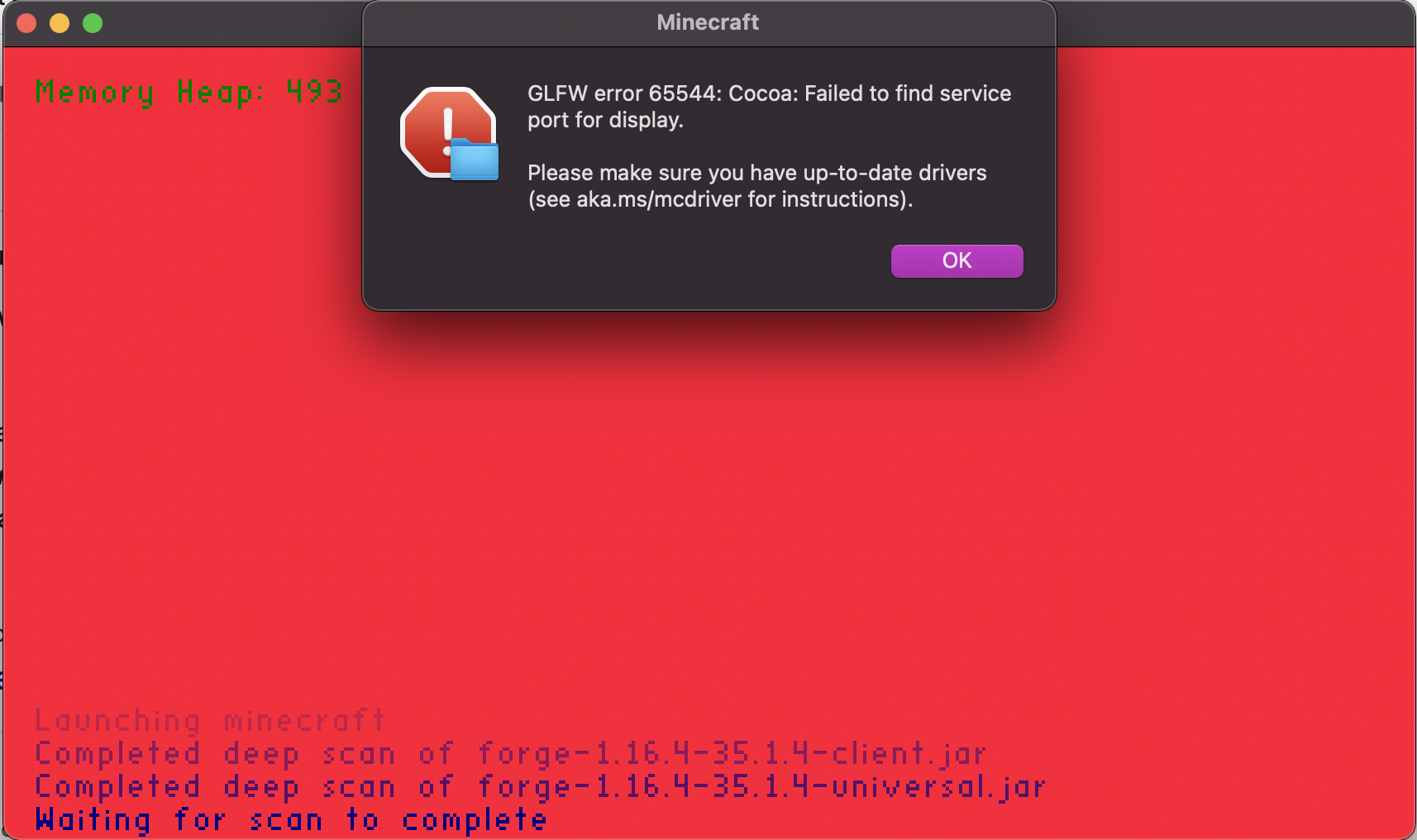 This does not happen in Vanilla, and I have also observed it in many forge 1.15.2 versions. I have also observed that the instance will very rarely launch successfully. I have no good explanation for this, and it's extremely inconsistent, but for some reason, sometimes it just decides it will launch fine, and in these cases the game will be perfectly playable.

In the instances I have been able to launch it, it has generally been on a new launch of MultiMC, which makes me wonder if this has something to do with GLFW initializing before forge; if it runs as a separate background process, it becomes a race to see which one inits first, and if you keep trying to launch the same instance, the code for GLFW is cached or something. Just a complete guess, I don't know how Forge uses GLFW internally.

fyi, this is not a bug in macOS, but rather a deprecation of an entire API layer that no longer works on Apple Silicon. A correct patch has been merged to glfw master.

The patch supplied above (early null return) shouldn't have any bad side effects though, and is fine as a stop gap imho.

A fix for the Failed to find service port for display error has been merged to the 3.3-stable branch of GLFW and I'm hoping to have 3.3.3 out next week.

It seems to be a bug in upstream macOS. I've removed the failing call in glfw and forge works fine.

you cat get the lib here:
https://github.com/0xQSL/m1-multimc-hack/blob/fix-forge/lwjglnatives/libglfw.dylib

I'm able to run forge modpacks with this. FPS are quite good.